Many young girls grow up with dreams of becoming a singer or TV star or something else of the like, but for Madison Vithalani her dream has always been to own her own restaurant. The Lexington, Kentucky native practically grew up in the food industry, with her mom working as a caterer throughout most of her life. Inspired to get into the food business herself by her mother, Vithalani got her first job working at McDonald’s at the age of 14, then moved to Bob Evans at 16, where she began hostessing and serving. Throughout school she worked at several restaurants and bars while studying teaching, sales and nursing, but found herself constantly coming back to the food and service industry.

“I love the pace, the movement and most importantly, the people,” Vithalani said.

Her diligent experiences eventually paid off, in the form of Anne Bonny’s Bar and Grill, which Vithalani opened in May of 2017 on South Water Street in downtown Wilmington. The restaurant, which actually floats on a barge in the Cape Fear River, is popular for their Calabash-style seafood, frozen cocktails and a friendly, inviting atmosphere. She now serves as the general manager, overseeing scheduling, staffing, organization, and all menu changes or specials on a weekly basis.

“Owning my own restaurant has always been a dream of mine, and I feel very fortunate that it’s happened!” said Vithalani. “It took lots of hard work, with a little bit of luck.” 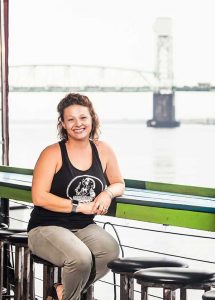 Vithalani’s inspiration for Anne Bonny’s came from its location in Wilmington, which she channeled by creating a vacation feel that worked for both Wilmington locals and tourists. This comes in the form of tropical decor, an affordable and delicious menu, live music and exceptional service.

“We see to it that all customers are taken care of and given the best food we can make while getting the best service we can give,” she said.

When Vithalani’s not at the restaurant overseeing its day to day operations, you can find her at home with her 2-year-old son and husband – a teacher in New Hanover County – in the kitchen cooking, which she enjoys when she has the time.

Having a family at home and working as a full-time restaurant owner makes every day interesting for Vithalani. However, she enjoys the staff, including her trusty business partners Mike Webber, Steve Gaconnier and Justin Smith, and the fast-paced environment at Anne Bonny’s, as well as the fact that she gets to work outside all day.

As the restaurant is relatively new, Vithalani is still fine tuning the space to make it the best it can be. But Anne Bonny’s seems to have gotten off to a great start, with a 4.5-star Yelp rating and several outstanding reviews from local foodies, along with its distinguished title as the only floating bar and restaurant in downtown Wilmington.

“I don’t see Anne Bonny’s going anywhere any time soon,” Vithalani said. “We have joked that some days we need a bigger boat! Maybe that will be in the future plans.” 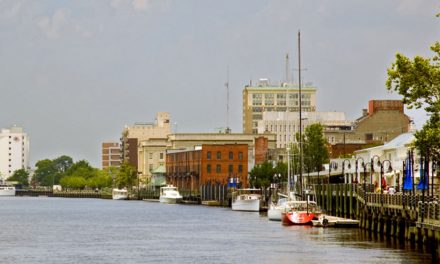 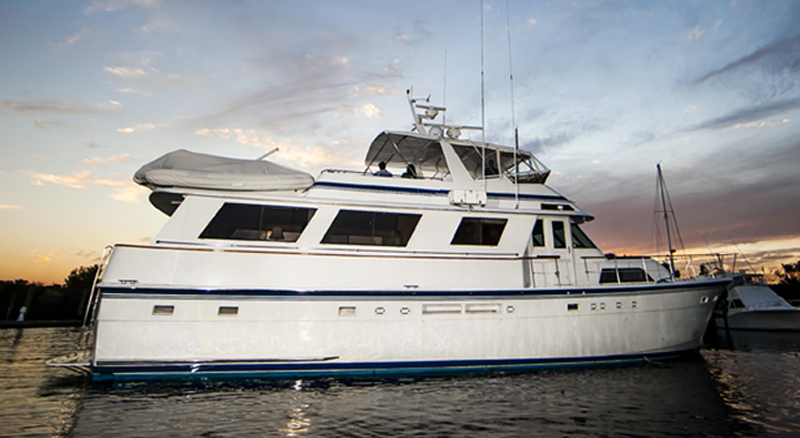