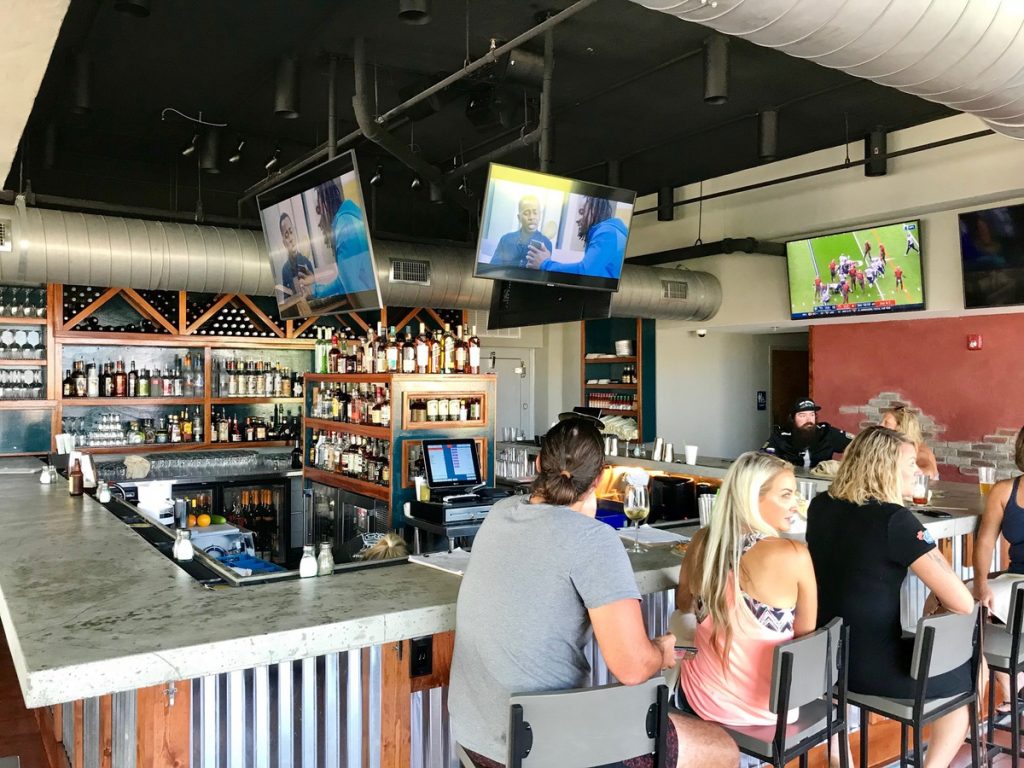 It takes some major chutzpah to open a brand new restaurant on Labor Day, especially in a beach town like Carolina Beach—and even more amazingly, in the face of an approaching Cat 5 hurricane.

But such chutzpah is duly warranted–and earned, because the new Fork n Cork in Carolina Beach is relying on a tried and true, sound business model—the wildly successful and popular Fork n Cork (nee Patty Wagon) in Wilmington.

The difference in interior ambience between the two locations is marked, for sure. One is a cozy, brick-walled, intimate pub fronting on the Port City’s busy Market St., and the other is a bright, airy, light-filled, spacious place just steps from the Carolina Beach boardwalk. 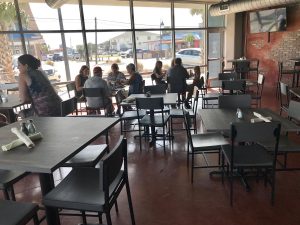 The seating in the original, while comfortable, is at a premium, and a customer or two or ten may have to have a seat at the old bar—not that there’s anything wrong with that, because the food (and the beer list) is exceptional no matter where one sits.

But the seating at the new place is quite substantial, because, well, the building is bigger, hence, they have more room. Just the bar in the new place probably would seat three quarters of the Wilmington place’s guests, and the many tables available in addition make it very likely you’ll get a seat without having to call ahead like you do in Wilmington—for now.

Even though last week’s uninvited, unwanted guest named Dorian negatively impacted business in this coastal town (and every other), today there weren’t many tables empty during my visit. Being just a few steps from the boardwalk and its foot traffic helps, certainly, but that also means finding an empty table or bar seat there “in season” might be a daunting challenge.

I asked the friendly bar manager Katie (her beer of choice is Wicked Weed’s Pernicious) if the locals could carry the place through the winter until next summer season, and, without hesitation (but with supreme confidence), she intimated that they would. When I asked why, she simply said that the locals love it when there’s a “new kid in town” to try out, and if it’s good (which it is), they’ll be back.

When your food menu is this good, this varied and every bit as consistent as the Wilmington menu—prepared the same way with the same attention to detail—you’re going to have a winner. My Carolina Burger was perfectly done, and just as delicious as the Big Lew I couldn’t finish up in ILM. The french fries were equally as good, and just as overly plentiful. 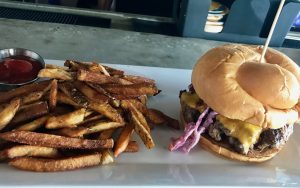 Besides the Pernicious, Bell’s Two-Hearted, Victory Prima Pils, Allagash White, WBC Beach Time IPA, Southern Tier Salted Caramel, even Well’s Sticky Toffee all grace the menu along with some mainstream stuff. When you add others like Founder’s Dirty Bastard, Dogfish Head’s 60-and 90-Minute IPA’s, Victory’s Golden Monkey, Chimay Blue (!) and a few hazy IPA’s , this is a beer list that will satisfy the most demanding palate. A full array of wines and spirits is also available.

While the layout and confines of the Wilmington place probably wouldn’t be as child-friendly, the Carolina Beach facility certainly is, and with the boardwalk and beach right there, it’s very likely families will be patronizing the Fork n Cork in large numbers, especially for lunch and dinner. I would imagine that it could be quite the night spot, especially if entertainment is offered, but that information was not available at print time. 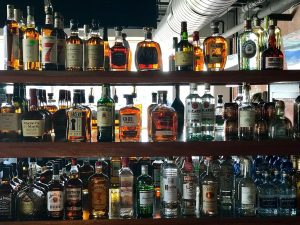 Keep in mind, the place is just a week old, and from what The PubScout could gather, the clientele was very happy, although the manager told me that some items on the menu were not available due to Dorian’s refusal to allow certain deliveries to be made. But that issue will self-correct within days—if not sooner.
The suggestion here is to visit NOW, or at least between now and November, because once the Fork n Cork gains its sea legs, it should be a very popular place. And once next summer arrives and it’s firing on all eight cylinders like its Wilmington parent, it might be tough to get in.

As the immortal Yogi Berra once mused, “Nobody goes there anymore; it’s too crowded.”

Bad news for hungry patrons, but great news for the Fork n Cork.