by Kurt Epps (The PubScout)Mar 30, 2021Restaurants & Bars, The Blog, Wilmington

Rebellion Pub, named after the Whiskey Rebellion of 1791, highlights whiskey, beer and food in Downtown Wilmington.

The Whiskey Rebellion of 1791, a tax protest, was probably not a major unit in your history class, but it probably should have been, as it lasted about three years. Moreover, it tested the skills and mettle of the new nation’s first president, George Washington. By most historians’ accounts, Washington handled the insurrection very well, but few would have blamed him if he needed a few shots of “uisge” himself during and after it was concluded.

I mention the event only because Wilmington’s Rebellion Pub on Front Street is named after — and honors the spirit of — that uprising.

And a very neat place it is — cavernous, to be precise — with about 8,000 square feet dedicated to good food, good drink and good service. In fact, the place celebrated its two-year anniversary just as COVID hit, but according to Manager Chuck Archer, the business was the only bar that didn’t close.

Using the venerated military technique of adapt, improvise and overcome, the business stayed afloat remarkably well, even going so far as to move tables into the barricaded street-turned-pedestrian-thoroughfare to serve thirsty, hungry guests. Archer admitted that street seating suffered somewhat under the seasonal weather conditions, but as the place is now fully open — abiding strictly by all the strictures the government has demanded — you don’t have to sit on Front Street to enjoy the liquid or solid fare.

I’m not a fan of whiskey, but beer is another story, and Rebellion sports 27 taps. One third of them are N.C. breweries too. To that end, my New Anthem Perpetual Outrage (with a facility just around the corner on Dock Street) was supremely satisfying. 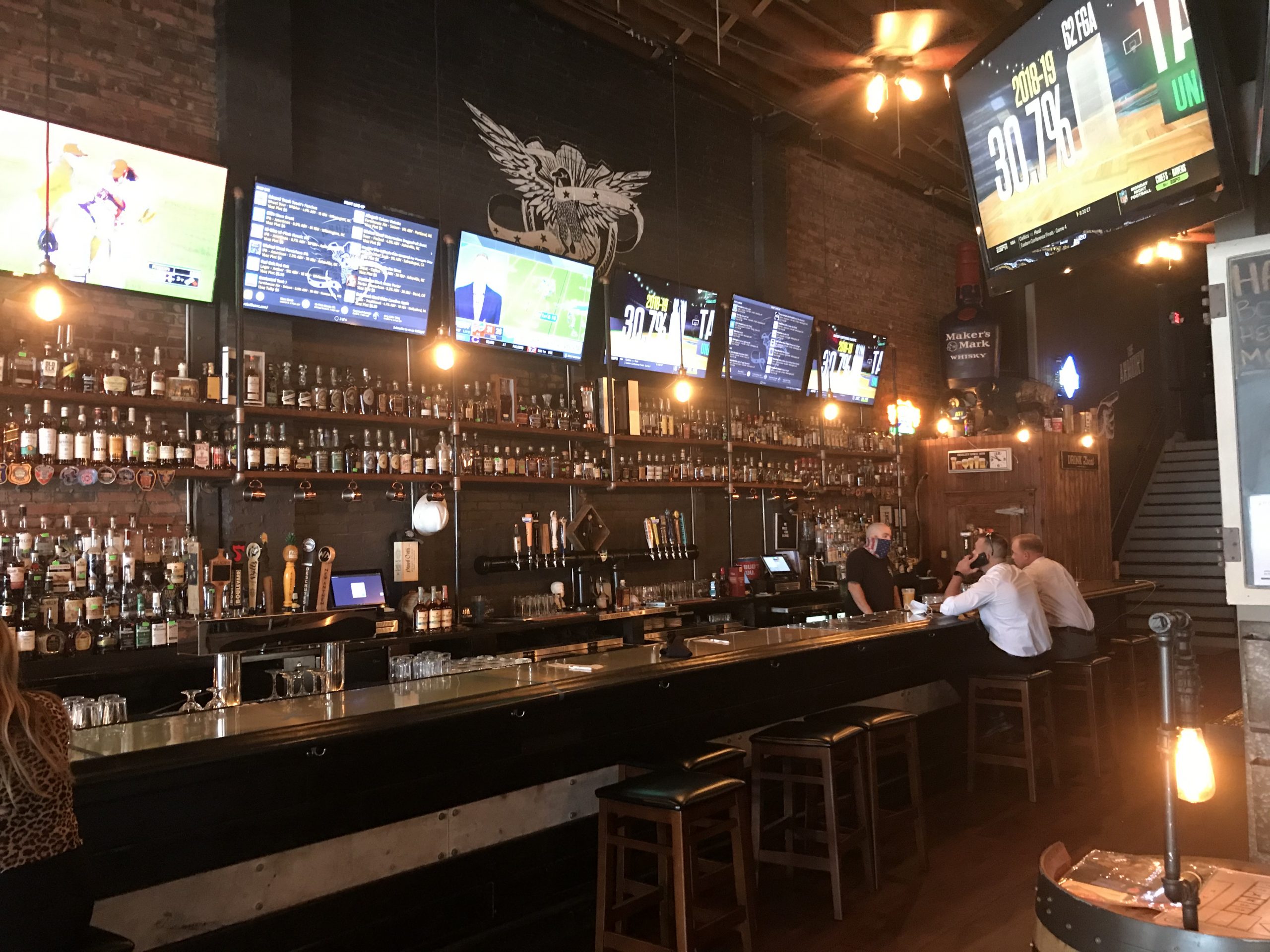 Food-wise, Archer allowed that their burgers rate very highly with the clientele, the demographic of which is somewhere between the ages of 25 and 50. They have a burger grinder on premises, and they smoke all their meat right there as well. In their own repertoire, the Chef’s Original probably is the bestseller among fans of dry rub, and the Double-Dipped appeals to the devotees of “wet rub.” Visit their webpage and see the wide variety of good solid food Rebellion offers.

After dutifully donning my six-month-old mask that I keep in a saddlebag, I moseyed over to a corner seat, just 6 socially distant feet away from Tracy and one of her twin daughters, Kori. My chat with them revealed that they were big fans of the Rebellion in Washington, D.C. (there’s another in Arlington, Virginia, as well), and when they saw the ILM iteration, they were drawn in. Good thing, too, because, I learned that the D.C. place closed down.

While 20-something Kori did not feel she had enough makeup on for a pic (something guys of any age care little about, and, believe me, Kori didn’t need to worry about), she was gracious enough to take one of her mom and me. Very nice women, they were, and they enjoyed good beer. They each took PubScout Approved Establishment Magnets — perfect for a fridge or a business — home with them. 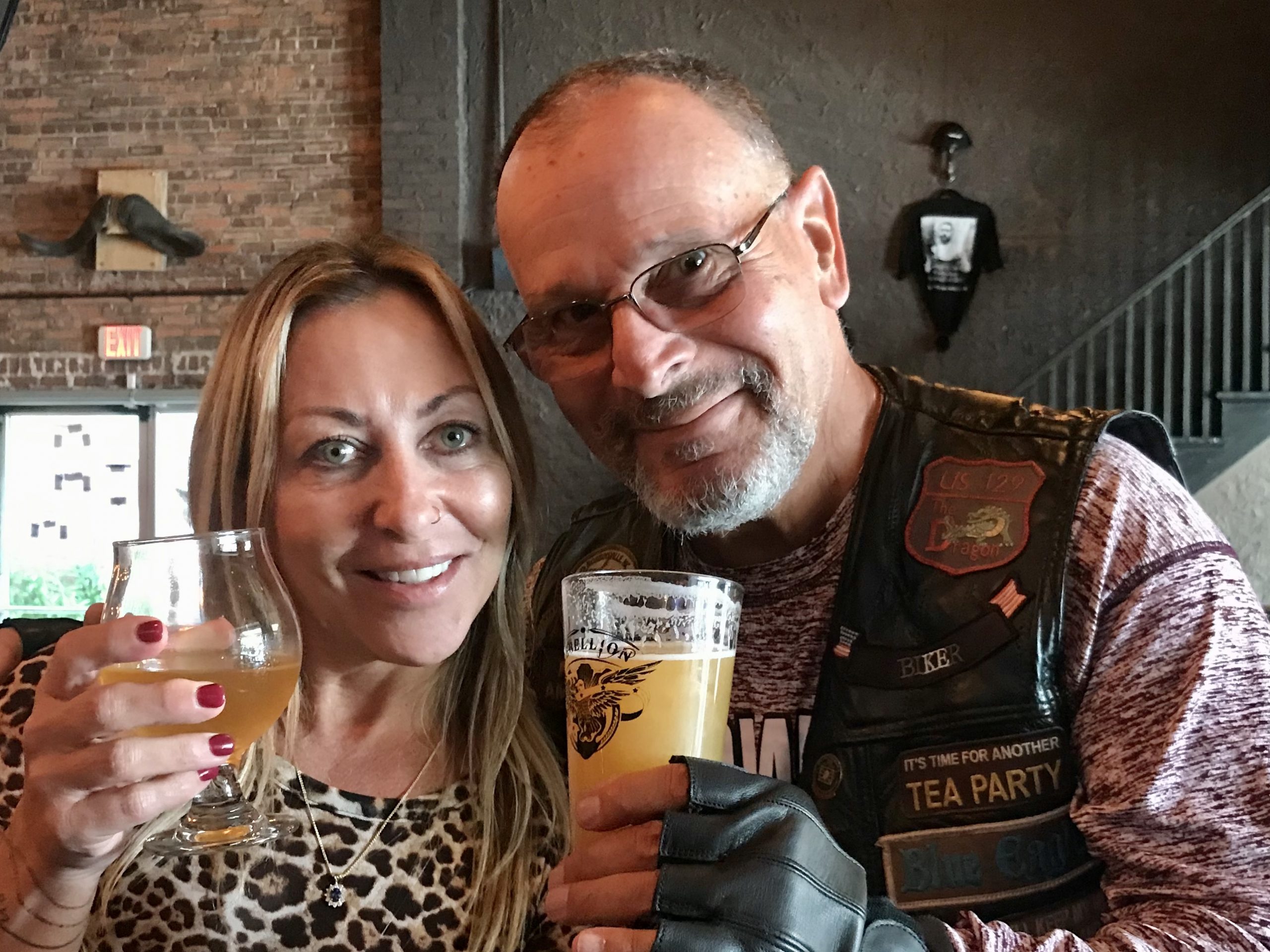 Archer said that initially his customers bridled at some of the government restrictions, but after he calmly and politely would advise them that the rules weren’t of his making, they settled down.
Because if they hadn’t, who knows what ill-advised actions they might undertake? Could another Whiskey Rebellion be brewing?

If so, Rebellion in Wilmington, with its food, beers, spirits, friendly staff — and its own Speakeasy Armory — would be a convenient meeting place for the rebels.

Tax “revenuers” — not so much.

Cheers!
The PubScout
Immersed in the Craft Beer Scene since 1996