Restaurant Refresh: The George on the Riverwalk 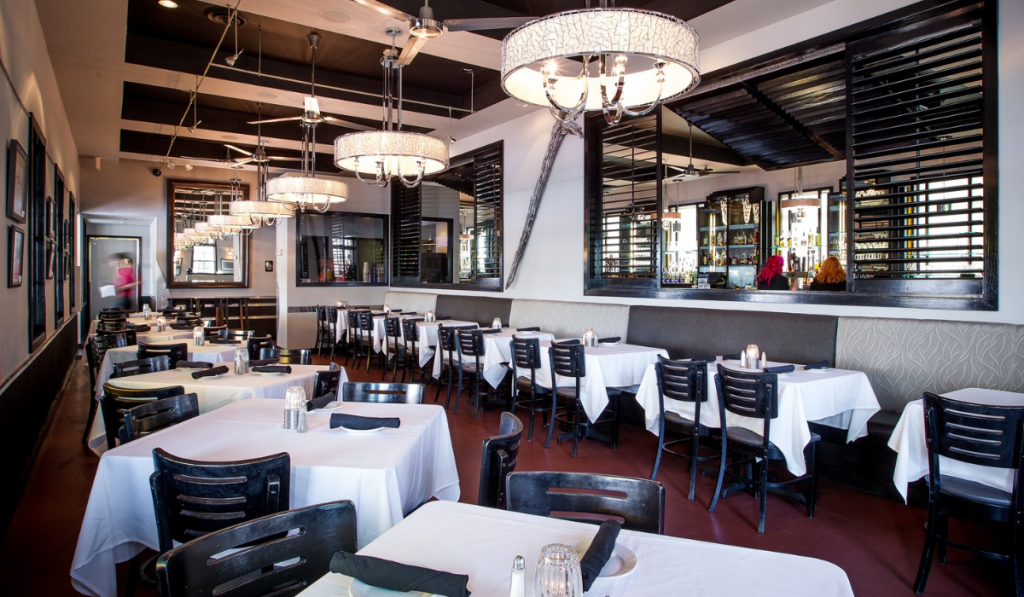 Restaurant Refresh: The George on the Riverwalk

The George On The Riverwalk reveals a new look and menu.

The George On The Riverwalk recently received a facelift, and it looks fabulous. Edson Munekata took over ownership of the restaurant in January 2022 and officially opened for business in February, after finessing the menu, the service and the interior design.

“We wanted it to have a fresh look, to clean things up,” Munekata says. “We didn’t change the name, but at the same time we kind of wanted to let them everyone know that we mean business. … I would say it’s more like a casual-upscale concept between my partners and me.”

The George originally broke ground in early 2004 on the Riverwalk and opened its doors in August 2004 to reveal a Caribbean fusion-themed menu and art deco decor. Today’s decor makeover went from a palette of bright pastels, like coral and sea foam green, to more modern metallics and sleek shades of black, gray and silver.

Munekata and his partners own and operate about a dozen restaurants, including four with Brazilian steakhouse themes, throughout the Southeast.

“With The George, being that we are right on the water, it was important to keep a lot of the seafood dishes, but we also have rack of lamb, and we added a lot more to the menu than used to be there,” he says. 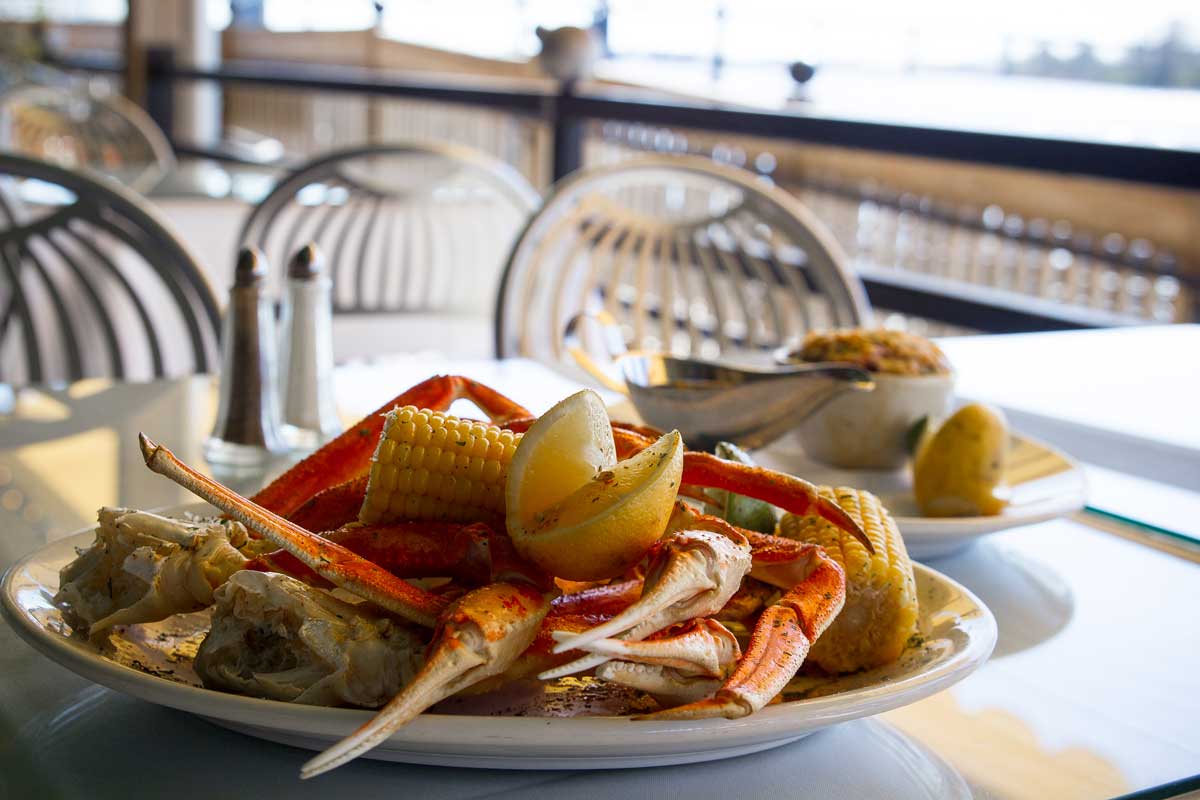 Their “Everything Menu” is aptly named, ranging from the Crab Cake with succotash and Creole mustard beurre blanc to the Baked Brie with roasted garlic, cranberry chutney on spice honey raisin flatbread in the Snacks & Share section. Chef Entrees are a kaleidoscope of flavors, from the classic Shrimp & Grits Southern dish to a creative twist on steaks, fresh seafood and chicken entrees, like the Goat Cheese-Crusted Chicken and Fried Dill Pickle-Marinated Chicken Breast. And rounding out the menu are soups, salads, burgers and sandwiches.

Sunday brunch, served from 10 am to 2 pm, features goodies like Chicken & Waffles and The Riverwalk Combo Platter stacked with two fried lump crab cakes, two poached eggs and tomato slices over fresh buttermilk biscuit halves and drizzled with Hollandaise sauce. There are also a handful of Brunch Handhelds. 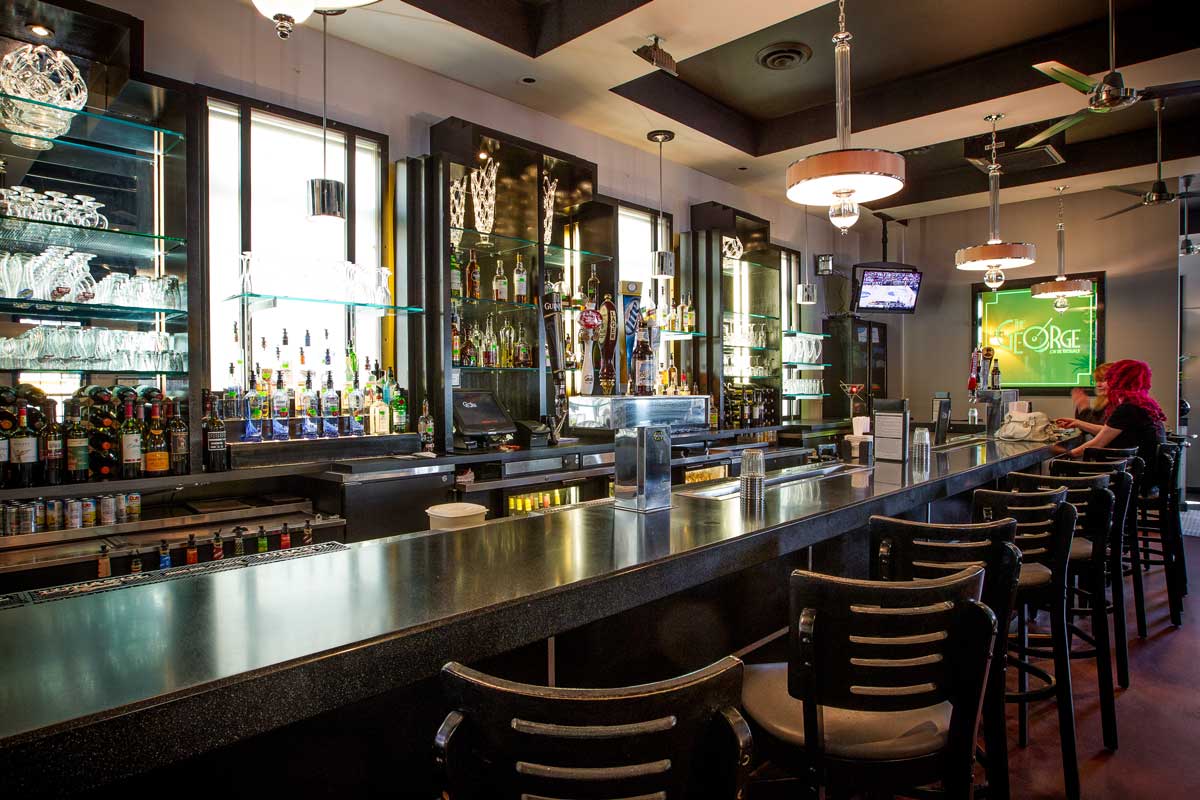 “We’re going to continue to try to improve our menu,” Munekata says. “Since we have launched the menu, there have been a few tweaks here, and we want to try to keep it fresh as the seasons turn, so, when people come out, they’ll always have a little something different for them to try out.”

Another component The George prides itself on is its award-winning service. Munekata says their mission, from the front to back of the house, is to welcome tourists with open arms, but, first and foremost, to take care of the local clientele.

“When we launched the new menu, we invited a group of food critics and bloggers to get feedback from them on the food and the experience, and then the busy season started,” Munekata says. “So, we don’t know if it’s a function of the changes, but I do know that we’re slammed every day. As a business owner, we would like to do more, but we tell the managers not to take any more guests than the kitchen can handle in a reasonable amount of time.”

The George On The Riverwalk 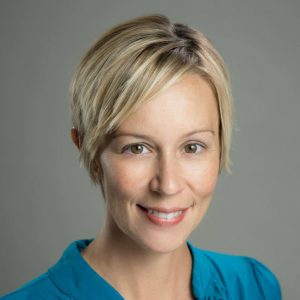 Based in Myrtle Beach, I am a full-time freelance writer, wife and mother of three sons. My folio boasts nearly 20 years of regionally and nationally published work, including profiles on such South Carolina celebs as Darius Rucker, Dustin Johnson, Vanna White, Nancy O'Dell, the late author Mickey Spillane and more. I've also taken home two Best of Show ADDY awards and numerous silver ADDYs for my copywriting work that ranges from travel/tourism and hospitality campaigns to food and apparel retail, telecommunications and more. I received my BA in English writing from the University of Pittsburgh and my MA in writing from Coastal Carolina University. When I'm not in front of my laptop, I'm by the water on the beach or on the water on the boat with my family. 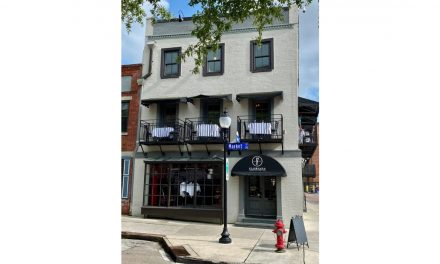 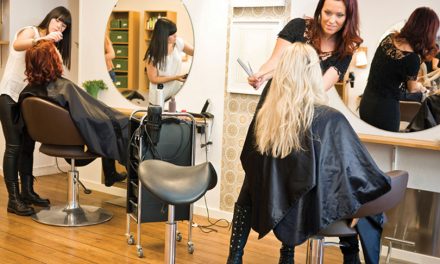