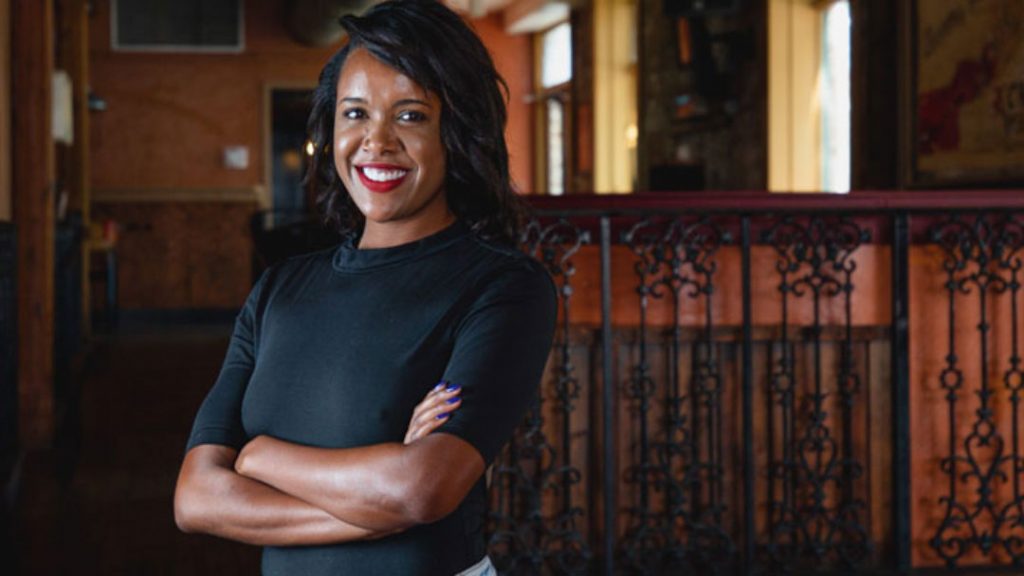 
Catering | Historic Downtown | Sports Bar | Who's Who
Who’s Who of Wilmington Today: Meet Erin Davis, Bartender at The Husk 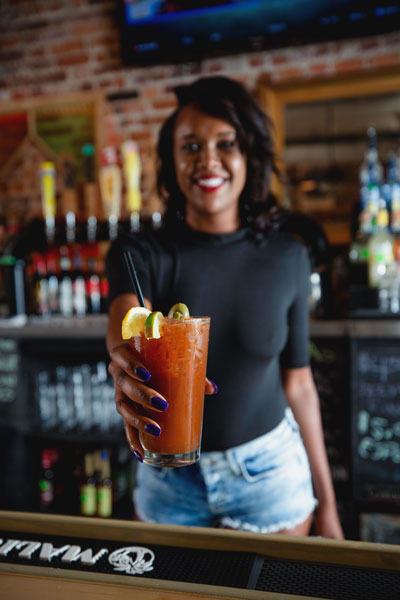 If there’s one thing that bartender Erin Davis loves most about The Husk, it’s the people. The people she works with, the owners, the people that come into the bar. Almost every day she meets someone new, and someone’s always happy to see her when they come through the door.

After three years of bartending at The Husk, a neighborhood sports bar and grill on South Front Street, the people there have become like a family to Davis, helping her through many life experiences and teaching her about empathy, a good work ethic and how to handle stressful situations.

“I appreciate this place and the people in it,” she said. “Everything you can think of, that building has helped me through it.”

It’s the friendly energy and comfortable atmosphere that brought Davis to The Husk in the first place. She attended college at UNCW, then moved around to Charlotte and Washington D.C., but kept finding herself coming back to Wilmington. She admires the low-key vibe downtown and the intoxicating affection locals have for their city.

“I have never been to a city where I can meet as many engaging people as I have here,” said Davis. “It’s a very welcoming place.” 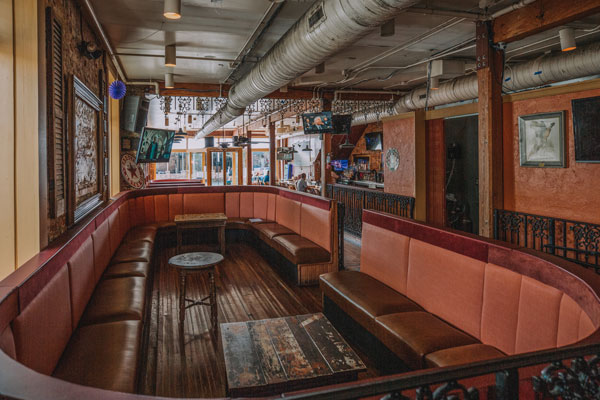 Davis learned the bartending trade while living in Washington D.C., at a restaurant called The Black Squirrel, a craft beer bar with cocktails and elevated pub fare. She recalls her very first shift, taking care of an entire fraternity that had rented out the bar. The experience taught her about haste and speaking with confidence, even when she barely knew what she was doing.

Upon moving back to Wilmington she worked at Slice of Life, where she learned how to handle the late night crowd and stay calm in busy environments. 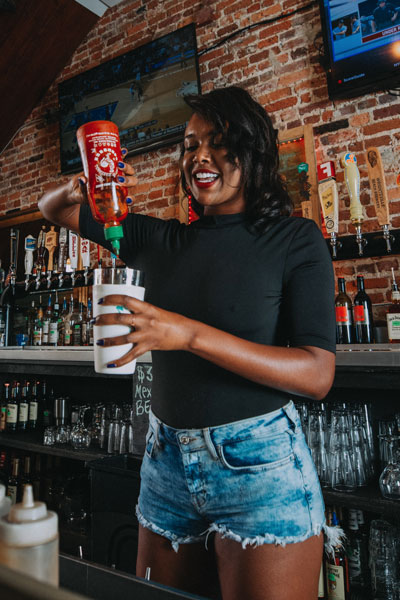 With her newfound bartending skills, Davis was recruited to work at The Husk, where she’s been prospering ever since. She boasts that the restaurant is a place where everyone can feel welcome, whether you’re a tourist or a local, and enjoy good beer and food with friends and/or family. According to Davis, it’s a comforting spot to meet for a date, listen to live music, host a celebration or bring in out-of-towners for an exceptional taste of Wilmington.

“I think The Husk will always be the Wilmington staple that it is and will continue to be a place where people will want to come,” she said.

Besides bartending, Davis’ other interests include going to coffee shops, working out, trying new restaurants and taking her dog, Ami, on car rides. Davis also loves to travel, and hopes to be able to do so at least twice a year. This year, she took trips to Italy and London, and plans to go to Denmark and Sweden next. Her ideal goal for the future is to live somewhere in Europe and be able to go into restaurants or bars and help them develop staff and improve their business, while continuing to travel in between.

For now, however, you can find Davis behind the bar at The Husk doing what she does best, slinging out drinks for a crowd of devoted guests in the city that has her heart.

“Wilmington is a town whose people have each others’ back and support each other,” she said. “I think if I ever left I would have to take them all with me.” 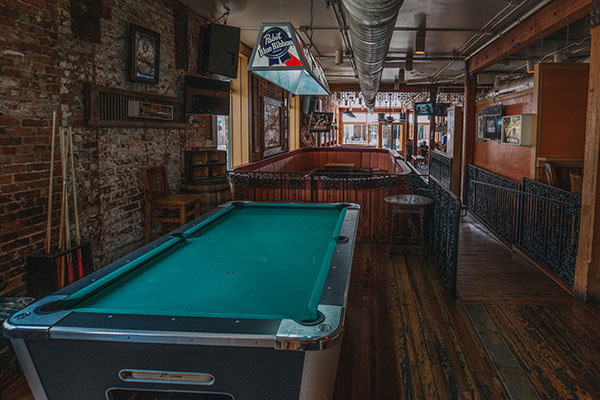 Where Can I Satisfy My Sweet Tooth in Wilmington?

How to Have the Best Time at Beach Concerts